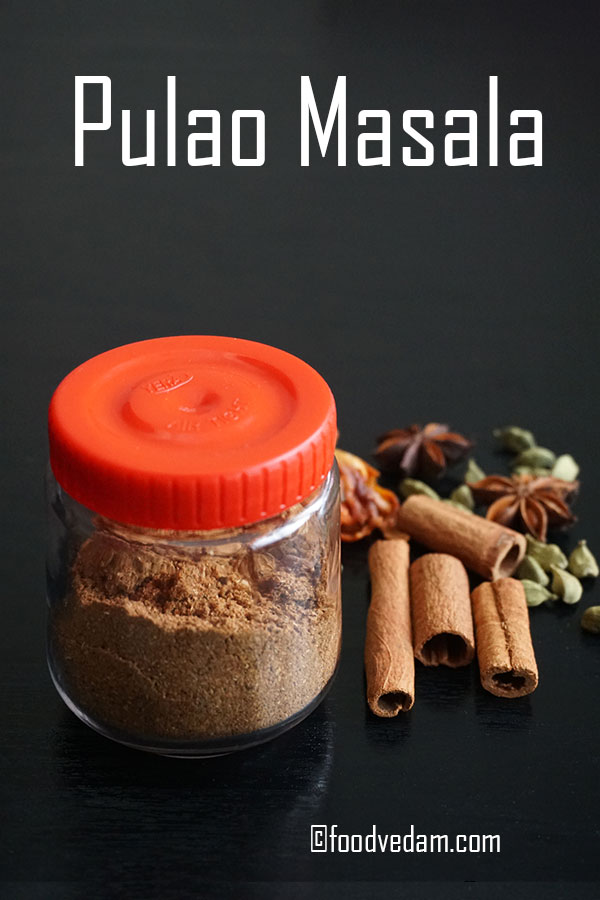 Pulao tastes amazing when it is prepared with homemade pulao masala powder. if you search for Pulao Masala you may see Biryani Masala recipe in the search results. there starts the confusion. is the recipe for Biryani Masala and Pulao Masala same? if not what is the difference.

the spices that we use in both the masalas are almost the same. we usually cook biryani with meat. so to remove the fishy smell of the meat, all the masala spices including the pungent spices like nutmeg, mace, cloves are added. Pulao is usually a flavored rice. so the Pulao Masala is made of subtly flavored masala spices like cardamom, fennel seeds, and star anise. that means the proportions of these spices( cardamom, fennel) should be more in the masala. 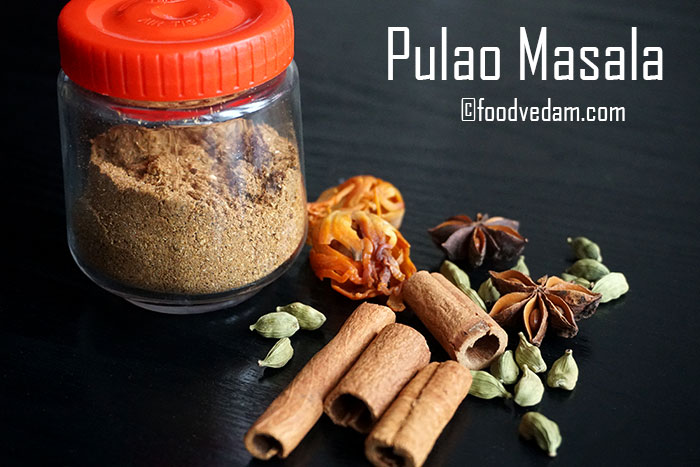