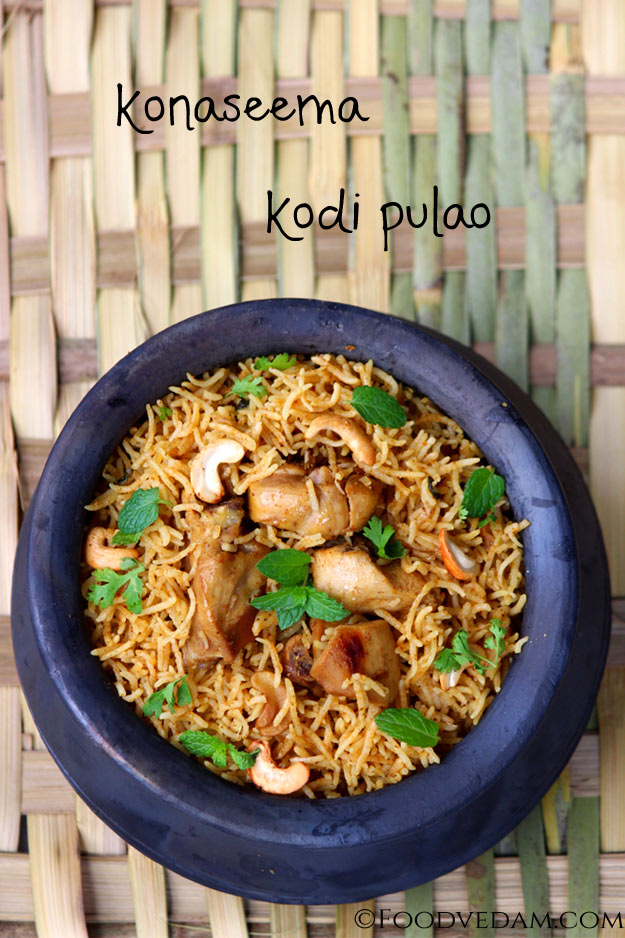 Pulao masala that’s explained below and coconut milk makes this recipe different from the normal chicken pulao. I prepared Karivepaku Kodi Kura (chicken curry with curry leaves) on the same day. the combination was outstanding. I hope you Try and enjoy the recipe…. 🙂