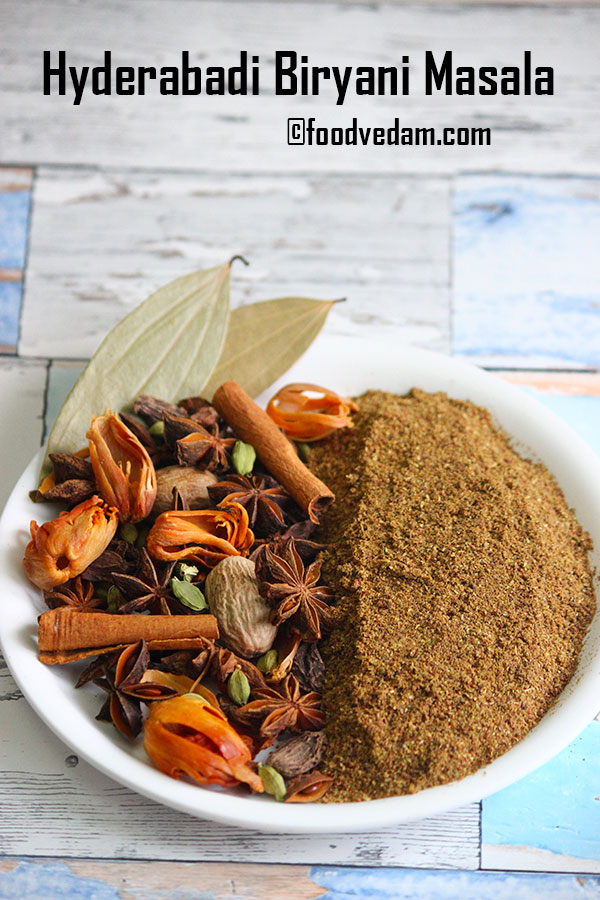 Some of my Youtube Subscribers and my family friends asked me to post the recipe for Hyderabadi Biryani Masala. I usually post every recipe(that needs masala) with masala making process. probably few of them might not have noticed. anyway, I thought to post the recipe separately.

the taste of the Biryani depends on how we mix the marinade and the Biryani masala we use. A few days back one of our family friends invited us to his son’s birthday party. party preparations were going on by the time we reached there. I stepped into their kitchen out of curiosity. there they were making preparations to make Chicken Biryani. I told them that I will make biryani.

First I prepared Biryani Masala. later, while I was marinating the chicken a Muslim aunty who lives nearby came there. she asked me “why are you adding Masala? and what’s that masala is made of?”. I told her the recipe. she told me that they don’t use any Biryani masala. they directly add the whole garam masala spices to the marinade. she said “you just do it your way. I will see how it turns out”. that day I felt very nervous for two things. First thing was, The Biryani is for 25 persons ( if anything goes wrong they will get upset). and the second thing was, I had to impress the Muslim Aunty (she is a Master in cooking).

Oh, My God. God only knows how I managed to cook that day. I cursed myself for my commitment. That aunt seemed to be like Anton Ego until she tasted the Biryani. She stopped chewing for a second just like Ego and said “too good”. I felt very happy. but that day I promised myself that I would never get into such nervous commitments :).

I noticed that the people who cook non-veg recipes regularly avoid using masalas(as masalas aren’t good for health). my In-laws eat non-veg almost every day. so they don’t use masalas. they just drop whole masala spices and cook the meat along with vegetables.

Biryani Masala and Pulao masala are almost same. nutmeg has very pungent flavor. it can dominate all the other flavors. so you need to add a small piece. this masala remains fresh up to 2 months. but it gradually loses the flavor. so I suggest making the masala in small quantities than making a large quantity at a time. I hope you try this masala. 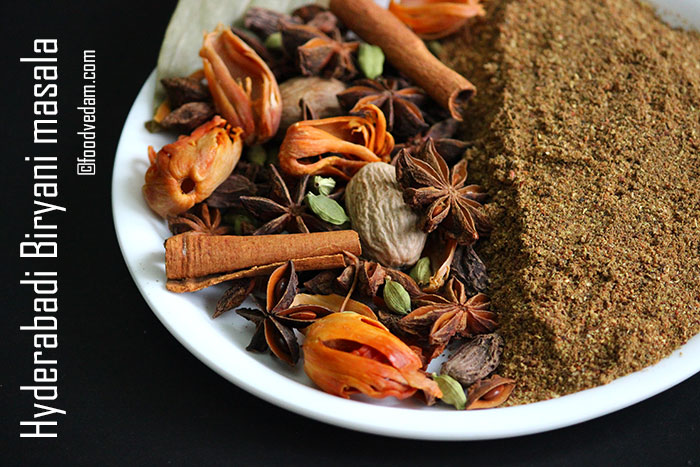