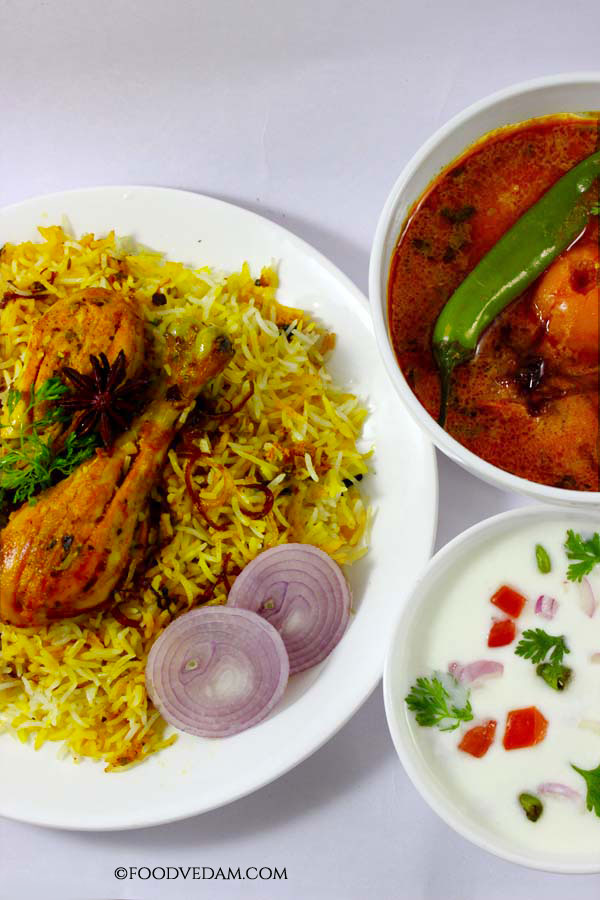 Hyderabadi Chicken Biryani is a world-famous recipe. any person(Non-vegetarian) who visits Hyderabad could not leave without eating Hyderabadi chicken biryani or Mutton biryani.there might be many places across India or all over the world where you can get Hyderabadi Biryani.But I strongly believe that it won’t taste like authentic Hyderabadi biryani.If you want to taste an Authentic one, you must taste it in Hyderabad itself.It is usually served with Mirchi Ka Salan and Raitha followed by a very tasty dessert Khubani ka Meetha.

It’s my favorite, favorite and favorite recipe.in fact, it’s everyone’s favorite.I prepare it on every alternate weekend.when I feel lazy to get into the kitchen, we go to the nearby hotel and have it.Hyderabad House, Paradise, Cafe Bahar, Bawarchi are some hotels where we get an authentic Hyderabadi Biryani.I like Cafe Bahar Biryani very much.Paradise Biryani is made with ghee.they also add the few peanuts powder to the marinade.I saw it on the video playing at the parcel counter.few hotels add dalda or vanaspati to the Biryani to reduce the costs.I hate it really.my daughter won’t even touch the Biryani.

The real taste of the dish depends on the way we prepare the chicken marinade and the spices we use.this recipe has many ingredients.but don’t panic.It is not as difficult as it seems.the logic behind this recipe is Patience + Practise = Perfection.Don’t expect the perfect outcome in the first attempt.but, once you achieve the art of cooking biryani it would be much easier than any other recipe.

green chili paste, yogurt, and ginger garlic paste are natural meat tenderizers.so to make the meat tender, you need a proper soaking time for the marinade.1 to 2 hours of soaking is good for the perfect outcome.adding 2 tablespoons of ghee or clarified butter while mixing the marinade makes the dish even tastier.

if you cook rice for more than 3 minutes the rice will get cooked completely and it will become mushy when you add it to the marinade for further cooking. tastes good when served with Mirchi ka salan and raita. 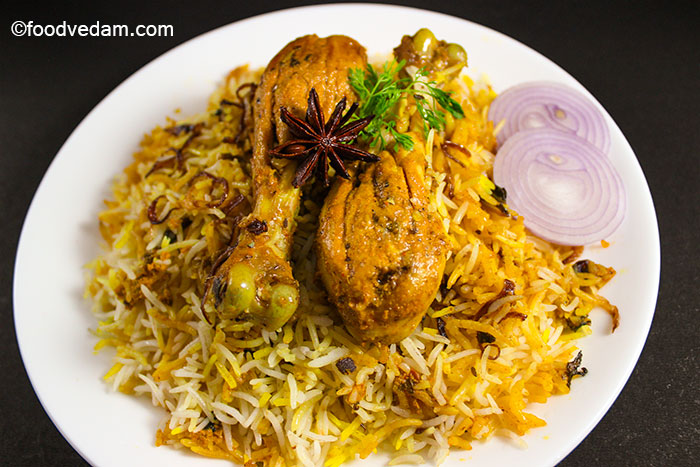