I have never tried Egg biryani before until one of my Youtube subscribers asked me to post this recipe. the taste was really amazing. we cannot eat until we take the photos of any recipe.on that day while we were shooting, our mouths were watering and stomachs started growling…oh God.

for this recipe, I used clay pot.but you can use normal cooking pot. any heavy-bottomed non-stick pot is good. cooking time may slightly differ for the normal pot.it may take little extra time than the clay pot.so please keep an eye while cooking on Dum or it may get burnt. you need to cook the egg masala gravy and rice in different vessels simultaneously.by the time the rice is half done the gravy will be ready and you can put the rice on the gravy.

if you have no time you can add ready to use biryani masala powder.adjust all the seasonings according to your taste.i have used 1 1/2 tsp of homemade Guntur chili powder for this recipe.

This tastes good without any accompaniment but you can serve with Mirchi ka salan and raita. 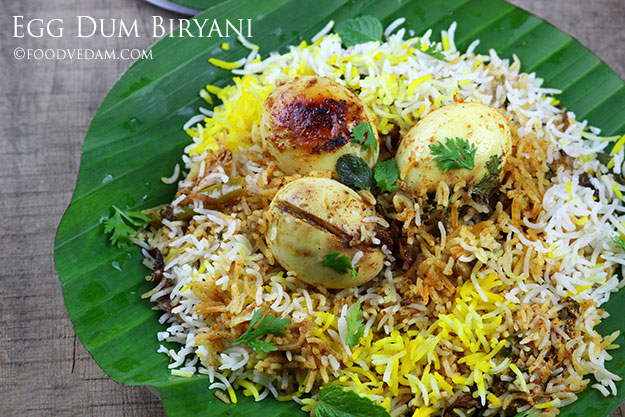