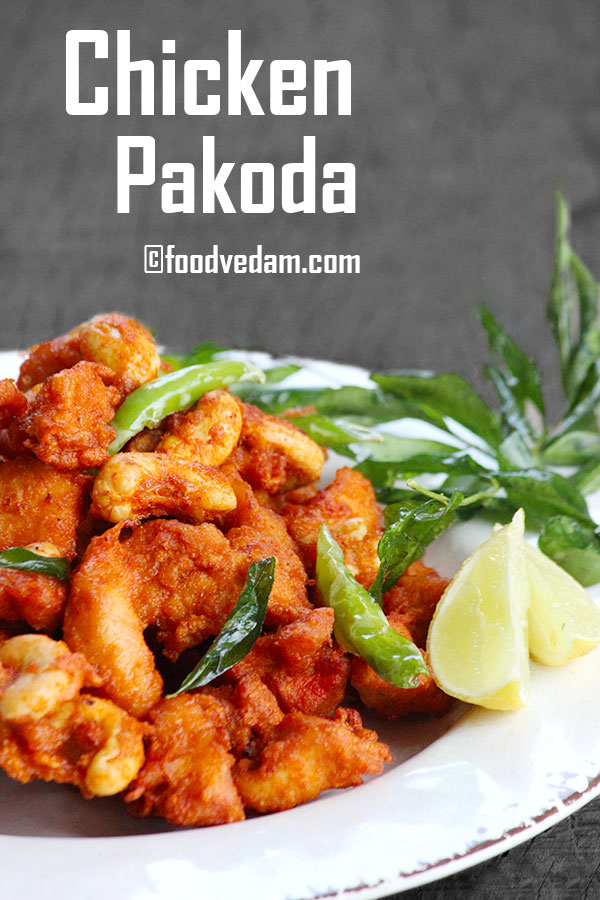 I don’t prefer deep-fried dishes actually because I can’t re-use the oil or throw it away.so I always used to think it’s better to avoid deep-frying than wasting the oil.but since I started blogging I had to cook different recipes which involve deep-frying.I started to explore the streets to discover a different variety of foods.a few days back our family friend Praveen told us about the street food stall which is very popularly known for its delicious Chicken Pakoda.we went there to taste them.the taste was like heaven.we immediately called up him to share the excitement.he was in Shirdi then.you can see the stall and making of chicken pakoda in the video below.

on the same day, I also took a small video of making Methalla(small fish) Fry and got the recipe too.it’s really too good.I will post that recipe after few days.I followed the same method for Chicken pakora except that I made it less spicy.we usually like eating very spicy.but I had shown only 2 tsp of red chili powder as the spiciness tolerance level differs from person to person.

but what I found was, the street food chicken pakoda was spicier than my pakoda.it tastes good only if you make it spicy.so I suggest you, to add extra 1-2 tsp of red chili powder if you really like it spicy.Ok, it’s a mouth feast for non-vegetarians.but what about vegetarians?they can also taste this by making with soya chunks or Paneer.the procedure goes little different.for soya chunks pakoda you need to boil the soya chunks for 5 minutes and squeeze out the water completely.and the remaining procedure is same as below. for the paneer pakoda, you don’t need to soak the marinade.and the deep-frying time is less than chicken pakoda.you need to fry for just 2-3 minutes.The soya chunks pakoda more tastes like chicken pakoda than paneer pakoda.try and enjoy this amazing recipe…. 🙂 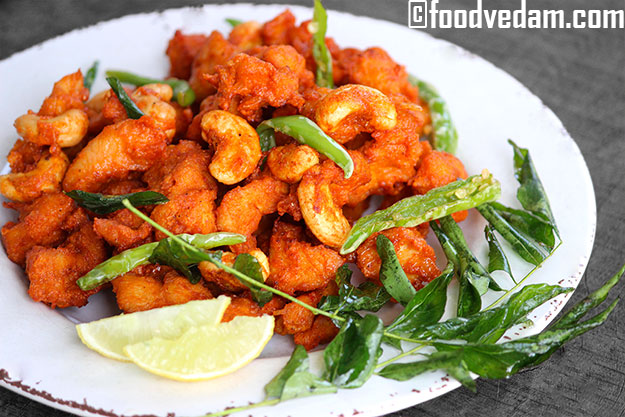