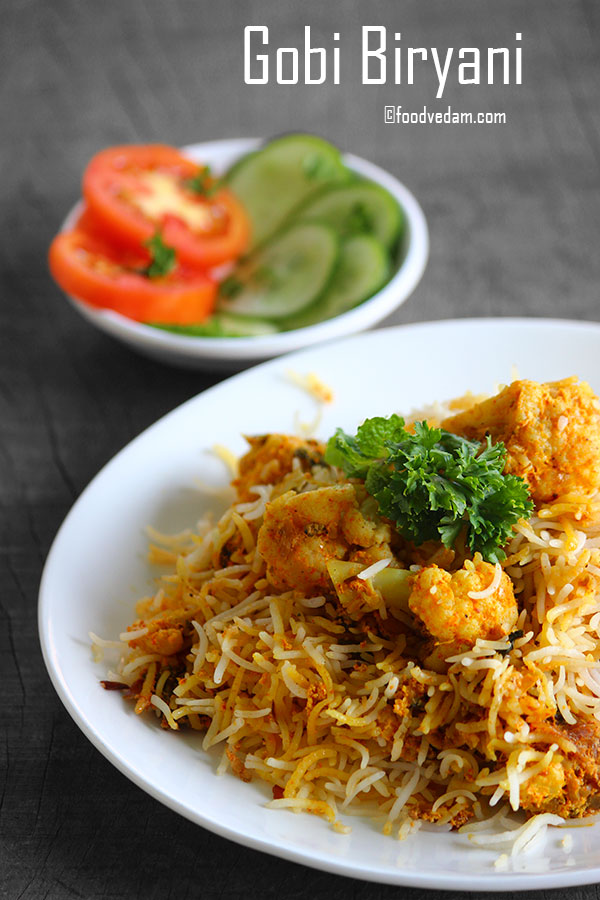 This recipe would be the best option for vegetarians who like biryani.even the non-vegetarians take vegetarian food during the months of Sravan and Karthik.biryani lovers can have vegetable biryani during these months.mixed vegetable biryani tastes too good.but all the vegetables may not be available when you want to make biryani.then you can make it just by using cauliflower.the taste is very much similar to the normal chicken biryani.cooking procedure is also the same except the cauliflower florets are blanched before marination.

blanching removes the pesticide residues and also softens the florets.but do not boil more than 3 minutes.otherwise, the florets may turn mushy.you can also add carrots and green peas if available.you need to boil them along with cauliflower florets.make sure that the biryani is not overcooked.leave the biryani for 15-20 minutes after you turn off the flame.this tastes good when served with khatta and raita.I hope you try and enjoy this tasty Cauliflower Biryani. 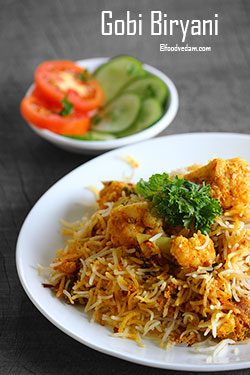 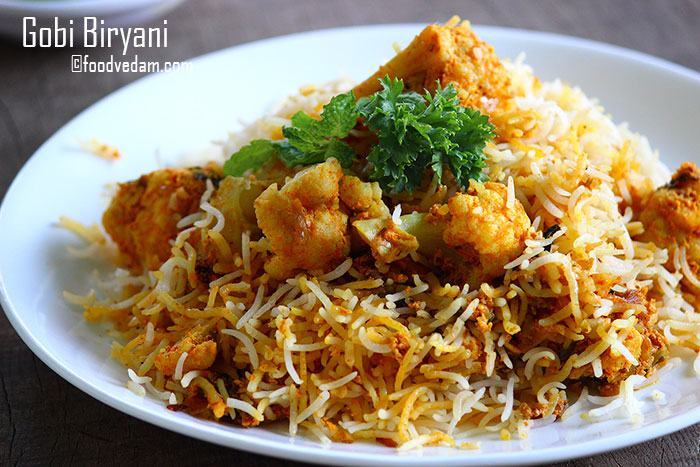