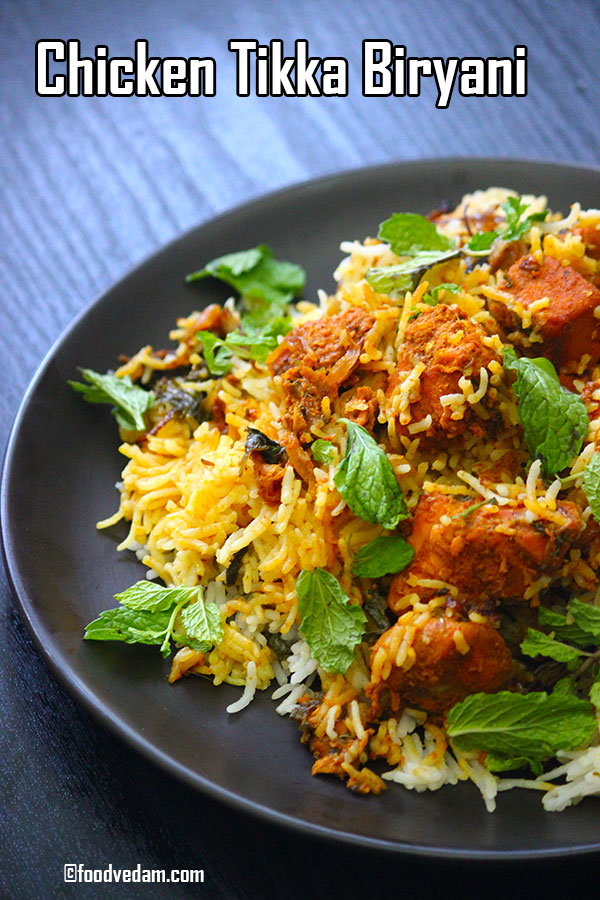 Tried this recipe for the first time and came out really good. we can try this chicken tikka biryani when we get bored of regular biryanis. it’s a bit time taking but worth spending. and the highlight of this recipe is the smokey flavor of the chicken tikkas.

simultaneously, we can also cook rice. for this recipe, I didn’t follow the conventional way of half cooking rice and straining out the water. I cooked rice in the electric rice cooker instead. but turned off the cooker when the rice 90 percent done and it still has some moisture. then added to the chicken tikka marinade. here again, it saves some more time. you can see the procedure in the video below.

I hope you definitely try this mouthwatering recipe. and please don’t forget to leave a comment when you try. and more thing to say don’t forget to give a smokey flavor to the chicken tikkas. that makes you feel really important once try this recipe :). 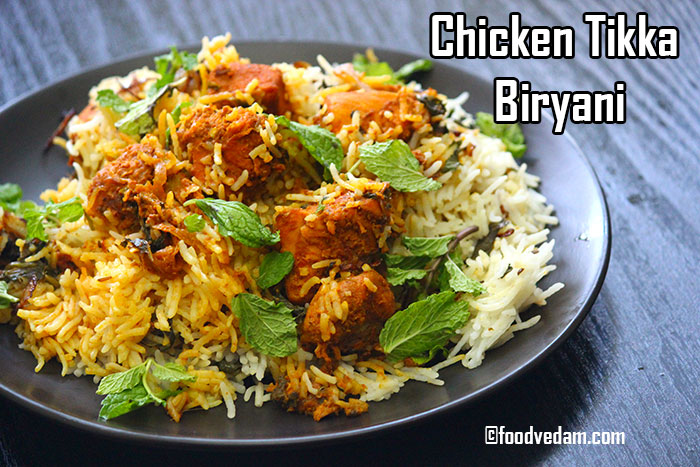