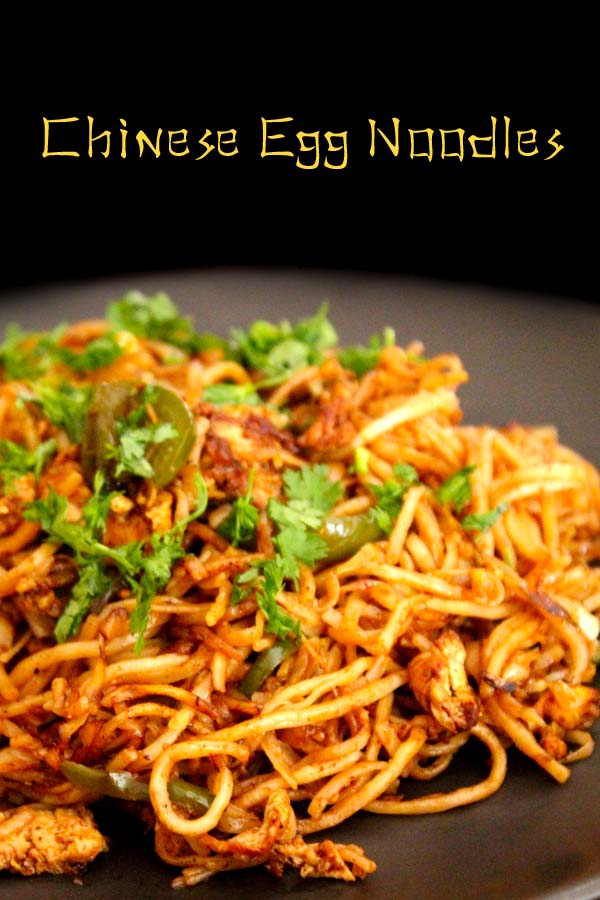 Chinese Egg Noodles is one of the popular street foods in Hyderabad. here in Hyderabad, most of the street foods are sold in the evenings.but Chinese noodles are always available.almost every main street has at least one Chinese food center.Here the street food vendors use to boil a lot of noodles at a time and store them in a bamboo basket.they keep all the cut vegetables readily available.when a customer asks for noodles, they prepare it within minutes.They cook them in a large wok on a high flame.

One main thing to keep in mind while cooking noodles is -“you should not over boil noodles.otherwise, they will become mushy”.unfortunately, If they get mushy, it’s better to avoid using than cooking with the mushy noodles.To be honest “in the video below my noodles were little mushy”.This was one of my early videos.I had to handle the camera and cooking at a time.the noodles were overcooked while my total focus was on the camera.but I’m sure that I can prepare the best ever noodles.I prepare Chinese egg noodles at least once a week.My daughter always asks me to cook this for her friends at school.
In this recipe, I used little MSG, but I personally suggest you to not use it.keep cooking.Try and enjoy.

do not over boil noodles otherwise, they will become too mushy.just half boil the noodles.I don't suggest adding MSG as it is not good for the health.this recipe should be cooked on high flame.