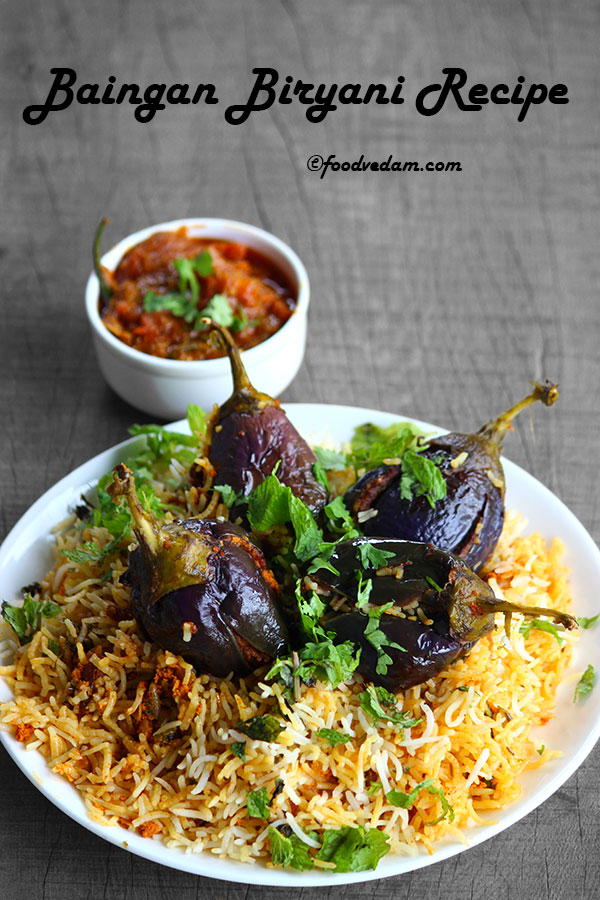 I had tried this recipe two years ago. the rice tasted good as usual like a regular biryani but the eggplants weren’t normal. something was missing. so I never tried it again until last week. now Eggplant Biryani has become very popular. Last week my husband tasted this Biryani in a hotel. he told me he that liked it very much. so I thought to try it again. I tried it and believe me it was finger licking good.

Unfortunately, I couldn’t taste the recipe as I was in Keto Diet. but my mouth was watering and was unable to resist myself from tasting it. I saved some biryani for my daughter and sent the remaining to my husband’s colleagues. they liked it very much. my daughter had it in the night. so liked it too. She kept on saying “Amma!Super taste” after every single morsel. I’m going to taste this after leaving the Keto Diet.

For regular biryani, Usually, the eggplants are directly placed in the Biryani marinade mixture. but I thought to give it a little extra taste. so I stuffed the eggplants before placing in the marinade. the stuffing masala I used was Guthi Vankaya(stuffed Eggplant Curry) Masala. this is an optional step. you can skip this step if you don’t like. But I recommend following this step.

If you have any leftover stuffing masala mixture, you can use it for making Biryani gravy curry. I hope you try and enjoy this amazing Eggplant Dum Biryani Recipe. Don’t forget to share your feedback if you try this recipe. 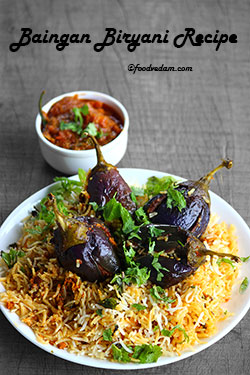 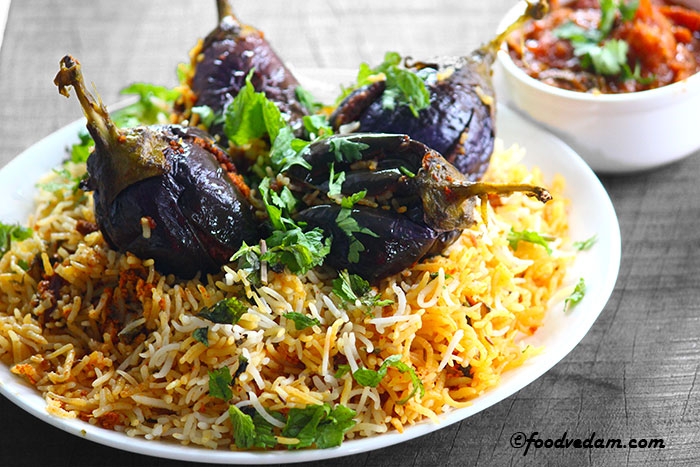