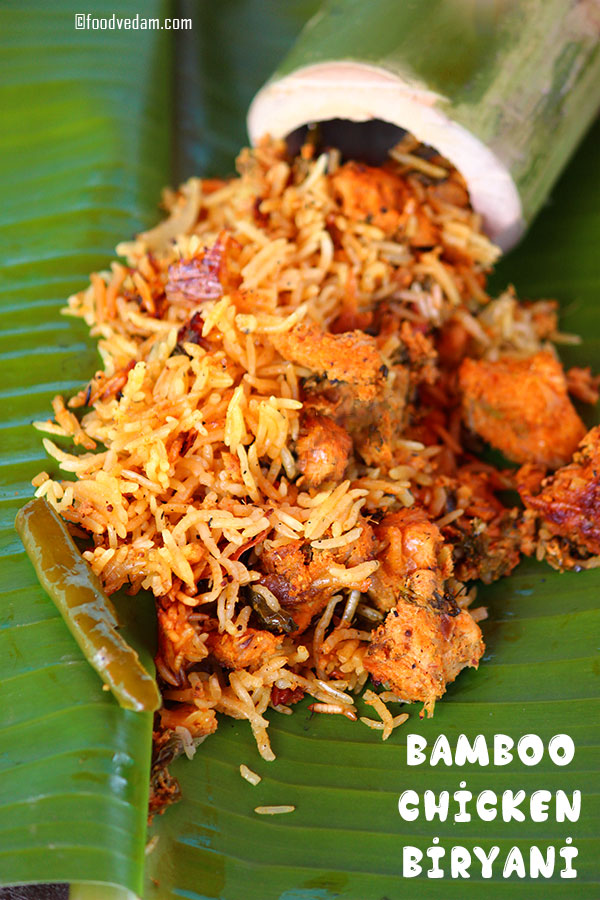 The first idea that came to our mind when thinking of making variety recipe is Bamboo chicken.which is a trending recipe now in Andhra and Telangana Regions.on the same day we started searching for green bamboos.our hunt was gone waste.as a final hope, I called my uncle who resides in Vijayawada and asked whether he could send bamboos from there.he promised me that he would try to send within a week.and sent them in the same week from Vijayawada.

but unfortunately, I had a deep cut on the right-hand index finger and was unable do my regular chores.I was worried that I how could I make a recipe.by the time my cut disappears the bamboos may turn dry and become useless.Sachin promised me that he will make the bamboo recipes.the next day at 5 clock we started at home and reached to our farm by 6 a.m.we made 5 bamboo recipes.finished them by 2.30 p.m.all the recipes came out really good.they were super duper hit.

we prepared bamboo pepper chicken, bamboo chicken biryani, bamboo mutton, bamboo dum ka chicken, bamboo mutton pulav.they all turned out really good.for these recipes you need to use green bamboos.because, the moisture in the green bamboos helps burn very slowly and lets the ingredients cook perfectly.you may ask “why such a headache?cooking in a bamboo and outdoors.it’s better cooking at home normally rather than cooking in bamboos”.but I say “there is a lot of difference in the taste.if the normal biryani is tasty then bamboo biryani is super tasty :)_”.

there is a small difference in making biryani.for normal biryani the rice is half-cooked and then assembled with marinated chicken.but for the bamboo biryani we don’t need to half cook the rice before assembling.we need to marinate the raw rice as we marinate the chicken.later, after assembling we need to put it on the fire for 30 minutes turning the bamboos in between.If possible, I hope you also try and enjoy the recipe. 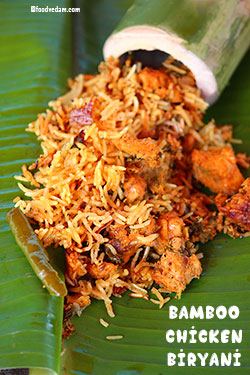 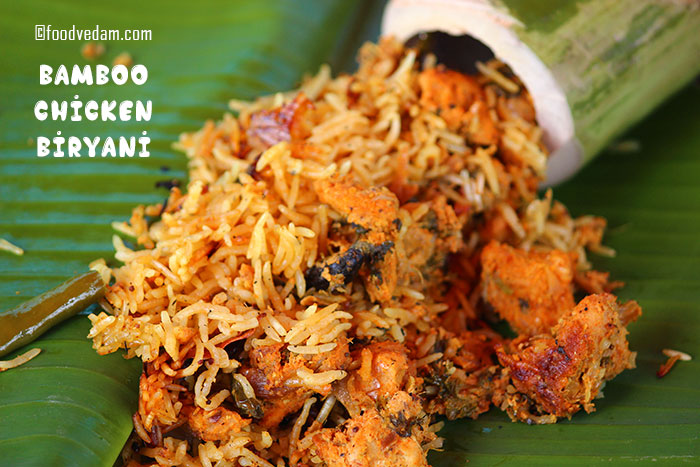