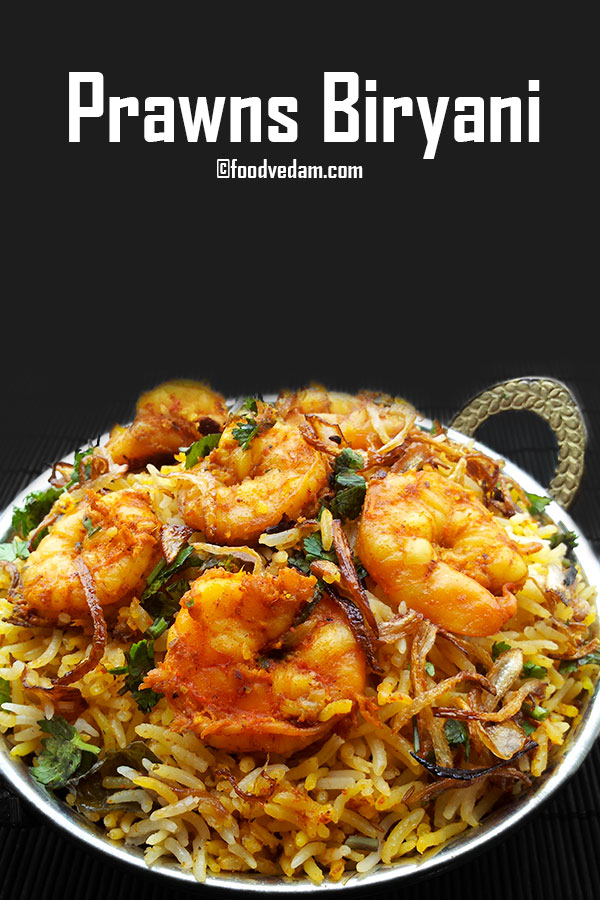 When you want to eat biryani and you have very less time to prepare or if you don’t want to get stuck in the kitchen for hours, Prawns Biryani is the best option. because the marination time for prawns is very less, unlike goat meat and chicken. And one more thing is if you are going to prepare this biryani for the first time the chances of failure is less, unlike mutton and chicken biryanis.

In this recipe, I have added 2 teaspoons of biryani masala as we like eating spicy. I suggest you, to use 1 tsp.when you are cooking biryani(of any type) the ratio of meat and yogurt should be 1(meat): 3/4(yogurt). we like eating double masala. So I added all the spices a little more in the video below. If you want to cook more quantity,  take all the spices double the quantity that I took and grind them. add only 1 tsp of Biryani masala, and taste the marinade. the marinade tastes almost like Biryani.so taste the marinade and adjust all the seasonings according to your taste.save the leftover masala for the future use.I didn’t add ghee in the video below. but I later found that adding 1 tbsp to 2 tbsp ghee/clarified butter to the marinade brings a lot of difference.it really enhances the taste of the Biryani.

If you are using frozen prawns, defrost them properly before marinating.they may turn rubbery otherwise.do not overcook the Biryani. cooking time may differ because different people prepare the marinade in different ways. if you add thick yogurt the moisture in the marinade evaporates very quickly and the biryani starts to burn.if you add semi thick yogurt, the moisture in the marinade takes more time to evaporate hence the cooking time will be more. The cooking pot is also important for making any biryani. you need to use a  heavy bottomed pan.if not(in case if you don’t have a heavy bottomed pan) you can place a flat tawa/pan to prevent the pot from direct contact with the flame.cook with fresh prawns if possible.I suggest using medium-sized prawns.

This recipe tastes good when served with Mirchi Ka Salan and raitha. Try this amazing Restaurant style recipe and let me know the result…..  🙂 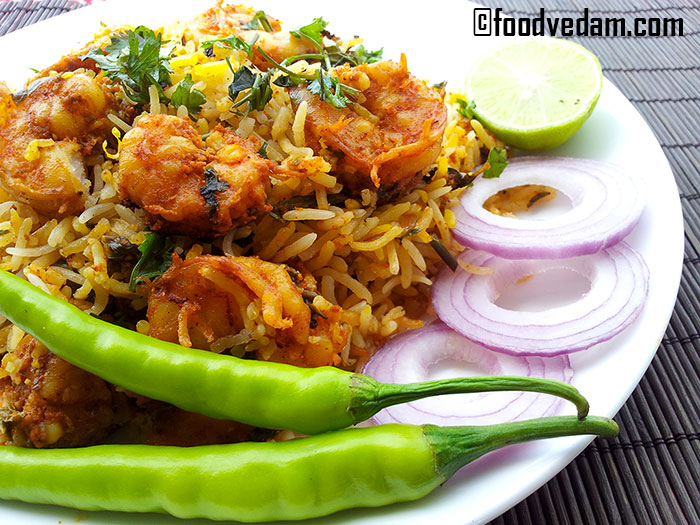 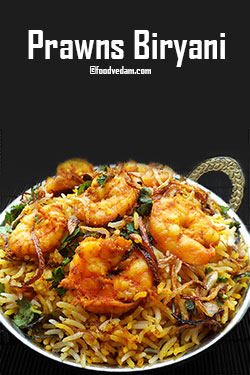 you may use the masala powder and red chili powder according to your taste. I like eating spicy, so I have added 2 tbsp masala. wash prawns with buttermilk to get rid of the fishy smell. 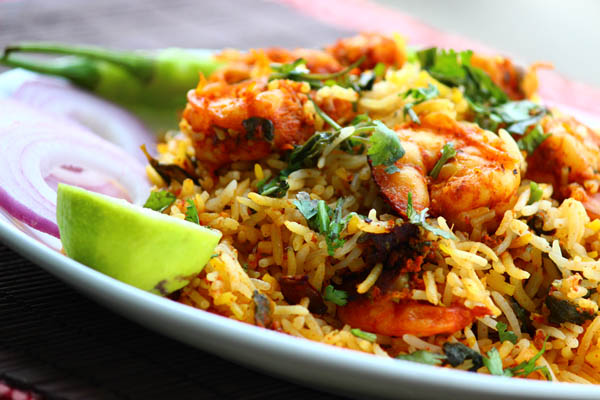