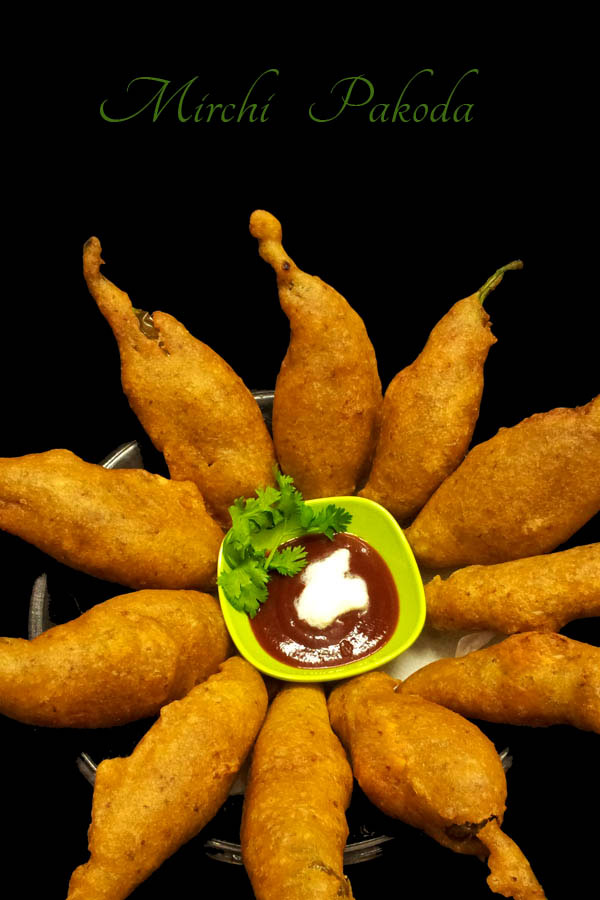 Mirchi pakoda is a very tempting snack item. Everyone including children like to eat them. I usually like to prepare them when it is raining outside. I always wonder about “the connection between rain and appetite”. My stomach starts growling and insists to do this recipe.

This is a famous street food in Andhra. The street food vendors use to cut mirchi pakoda into halves and deep fry them again. That is called as “Cut Mirchi”. Mirchis are usually served with tomato chutney, onions, and lemon.

the inner stuff varies from place to place. tamarind paste, Ajwain powder, besan is stuffed in Andhra region. Hyderabadi people also follow the same method. but in some places, I saw the vendors making them without any stuffing. I have one favorite place(on the way to our farm) where we regularly eat Mirchis. there they add meetha chutney as the stuffing. it tastes really amazing there.

I want to give you some instructions here. do not add much baking soda. otherwise, they will absorb more oil. heat oil on a medium flame. leave a small drop of batter in the oil. if the batter floats to the surface immediately then the oil is ready. don’t fry them on high flame. if you do so the outer part of the fritters changes it color immediately and the batter inside remains as a raw batter. be careful while adding salt to the batter, because of very less salt enough for chickpea flour.

Serving Tips. Serve hot with tomato chutney and chopped onions. cut the fritters into halves and squeeze a lemon on them. each person can have 3 to 4 Mirchis. However, I personally suggest you prepare this recipe occasionally. persons having gastric problems, stomach ulcers are not supposed to eat this. I hope you try and enjoy this recipe. 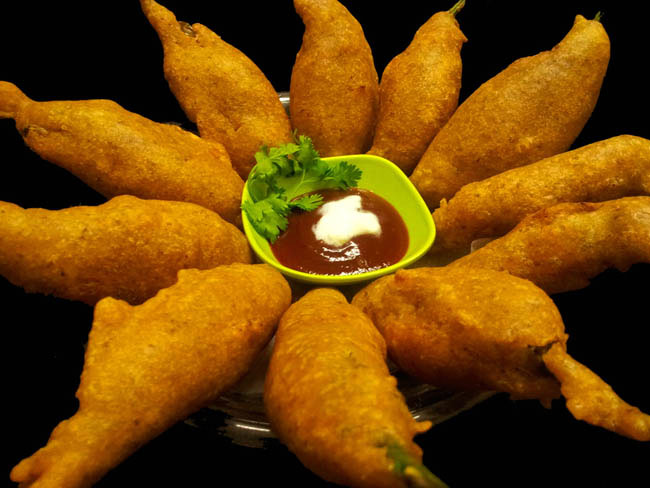